Over 18 million of Romanians are entitled to cast votes on Sunday to decide who will run their municipalities and provincial councils for the next four years, in an election that is likely to shape the run-up to parliamentary elections due on December 6.

The battle for control of the capital, Bucharest, where the incumbent Social Democrat mayor, Gabriela Firea, hopes to be reelected and defeat her centre-right adversary, Nicusor Dan, is attracting most media attention – and will largely determine which party claims victory at a national level.

After a first term plagued by accusations of misspending and poor management, Firea has centred her campaign on the battery of social benefits approved by her administration in the weeks ahead of the vote.

Her rival, Nicusor Dan, a mathematician and former civil society activist known for his campaigns to save the capital’s heritage from speculators, has promised to reduce traffic congestion and air pollution and create a more attractive environment for businesses and professionals.

Dan, one of the founders of the reformist alliance USR PLUS, the third-largest party in parliament, has the backing of the ruling National Liberal Party, PNL.

The two parties have joined forces in the capital to take control of the city hall from the Social Democratic Party, PSD.

The path to polling day has been dominated by constant, bitter attacks between the two camps, with Dan accusing Firea of promoting nepotism and corruption and Mayor Firea linking her rival to shady real estate investors.

Opinion polls put Dan slightly ahead of Firea, leaving experts still wondering whether he can mobilize enough voters discontented with the current administration to tip the balance. 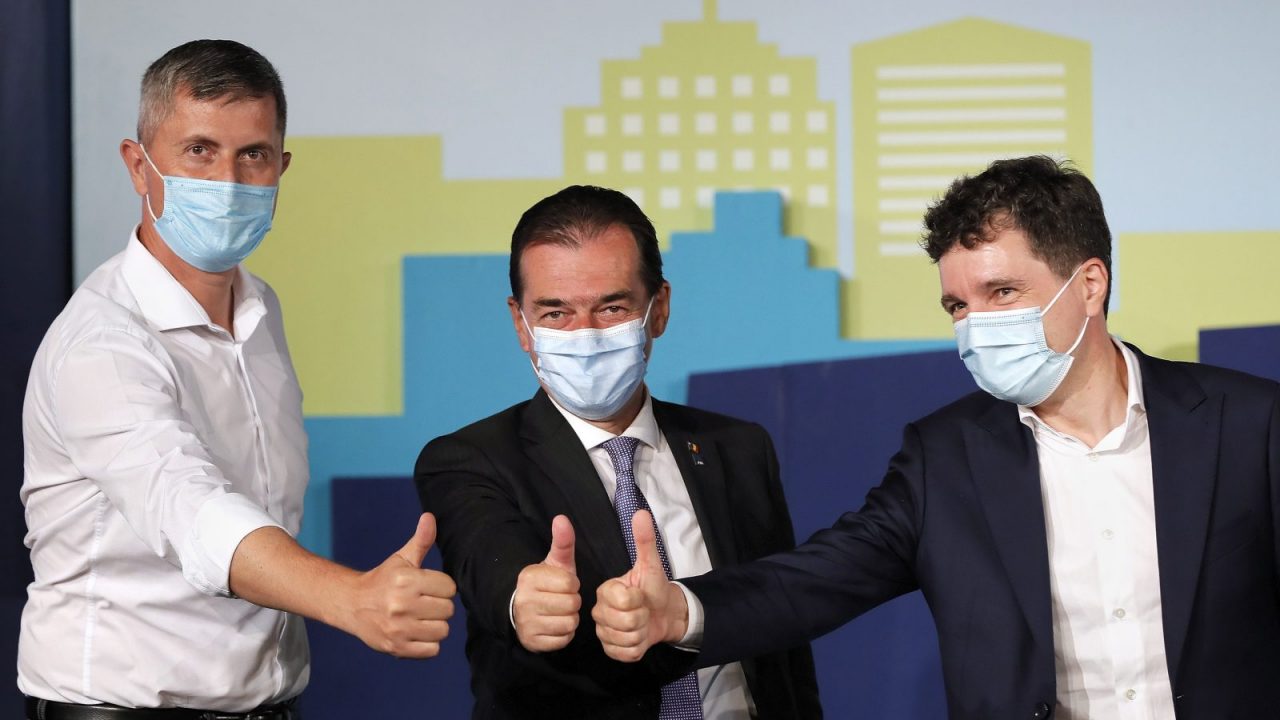 Romanian mayors are elected under a simple majority system that does not require the victor to obtain more than 50 per cent of the votes to win. This makes it easier for incumbents who are already known to the public and who can count on municipal administrations to prop up their campaigns.

Mayoral incumbents are the frontrunners in several major cities such as Cluj, Transylvania, where the current mayor, former prime minister Emil Boc, from the PNL, looks set to win another term.

The same can be said of Iasi, where the reelection of the current mayor, Mihai Chirica, looks certain. Although Chirica won the 2016 elections as the PSD candidate, he has since left that party for the ruling PNL.

The contest looks tighter in two other cities. In Timisoara, the PNL mayor, Nicolae Robu, is facing a strong challenge from a rookie candidate, Dominic Fritz, from USR PLUS, German national campaigning to modernize the city and further connect it to other EU urban centres.

Should Fritz defeat Robu on Sunday, he will become the first foreign national to become a mayor in Romania. Timisoara is also the only major city where a USR PLUS candidate running without PNL support has a chance of winning.

The race is equally tight in the Black Sea port of Constanta, where the PSD’s hegemony is threatened by the PNL candidate, Vergil Chitac, a retired naval officer now serving in the Senate.

Chitac is running for mayor of his city despite recovering from coronavirus. His was one of the first known cases in Romania, and he was in intensive care in March. Opinion polls say he is leading against the current mayor, the Social Democrat Decebal Fagadau.

Whether you are interested in how to sell personal photos online or how to sell other kinds of photos, you’d be surprised by the demand that can be found out there, which in turn, can enable you to make a tidy sum off of your efforts.