New Jersey and Delaware Primary Elections: What to Watch For

New Jersey and Delaware are holding primary elections on Tuesday, with a presidential primary in Delaware and multiple congressional primaries across New Jersey.

Both states are conducting their primaries largely by mail. New Jersey has mailed ballots to the state’s 2.3 million registered Democrats and 1.3 million Republicans, and ballot applications to 2.4 million unaffiliated registered voters. (Primaries in New Jersey are “closed,” meaning that a voter has to be a registered member of a party to vote.)

It is unlikely that official results in New Jersey will be known for at least a week, as mail-in ballots must be postmarked by 8 p.m. on Election Day. As of Monday, election officials had received just under one million ballots, according to the secretary of state in New Jersey.

The race to take on a Democratic-turned-Republican congressman is closely watched.

For Democrats in New Jersey and across the country, Representative Jeff Van Drew’s switch to the Republican Party in December, after the impeachment vote against President Trump, was nothing short of a betrayal. Potential opponents began quickly jockeying to take on Mr. Van Drew in what will be one of November’s most watched congressional races.

But the primary battle in South Jersey has turned toxic, fracturing the state’s Democratic establishment along lines both familiar and foreign to those who closely follow the political machinations of Trenton.

Backing Amy Kennedy, a mental health advocate and former teacher who is part of the Kennedy political diaspora, is Gov. Philip D. Murphy, along with progressive activists and labor unions who often side with him.

With Mr. Murphy supporting Ms. Kennedy, it is unsurprising to Trenton insiders that her opponent, Brigid Callahan Harrison, a professor at Montclair State University, has the backing of two fellow Democrats who are often at odds with the governor: Stephen M. Sweeney, the State Senate president; and George E. Norcross, the South Jersey power broker.

But Ms. Callahan also has the support of Senators Robert Menendez and Cory Booker, the popular junior senator who is up for re-election. He is “bracketing” Ms. Harrison on the ballot, meaning they both will be listed in the same column.

The race has been marked less by the racial justice movement that has shaped recent races in other states and more by local issues, namely infrastructure and economic needs along the Jersey Shore, health care reform and marijuana legalization. 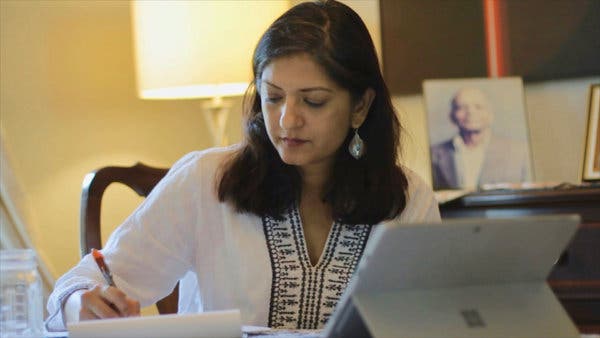 Whether in New York or Kentucky, voters seemed primed to welcome new, diverse candidates after a month of protests over the May 25 killing of George Floyd after an encounter with the police in Minneapolis. In New Jersey, two progressive challengers have mounted aggressive campaigns against two moderate Democrats in the northern part of the state.

Arati S. Kreibich, a 45-year-old neuroscientist, is challenging Representative Josh Gottheimer, one of the few Democrats in the country who flipped a congressional seat in the 2016 election. Ms. Kreibich has received the endorsement of national progressive leaders like Senator Bernie Sanders of Vermont, who has been sending text messages to his presidential campaign lists in support of Ms. Kreibich.

But Mr. Gottheimer, who is also one of the most prolific fund-raisers in the Democratic caucus, has turned back similar challenges before.

And Representative Albio Sires, who has been in Congress since 2007, is facing a stiff challenge from a 32-year-old lawyer, Hector Oseguera, who has been a fixture at recent Black Lives Matter rallies and protests. Mr. Sires, who has long enjoyed the support of the powerful northern New Jersey political machine, has been campaigning more aggressively over the past few weeks.

A Republican is pushed north by Mr. Van Drew.

Before the impeachment vote, David Richter, considered a rising star within the Republican Party, was seen as the front-runner to take on Mr. Van Drew, who at that time was a freshman Democrat in a swing district.

One district north, in fact. He faces Kate Gibbs in a Republican primary in New Jersey’s Third Congressional District, which was flipped by a Democrat in 2018 when Andy Kim upset the incumbent, Tom MacArthur, in what had long been a Republican stronghold.

Vote-by-mail struggles to take off.

New Jersey’s first run through an expanded vote-by-mail election — held in May for multiple municipal races — was rocky at best. Ten percent of ballots were rejected over issues with signatures not matching, according to a study by the online news service NJ Spotlight.

The state attorney general also charged four men with election fraud stemming from the municipal elections in Paterson, the third-largest city in the state. There, county officials rejected nearly 20 percent of the ballots.

A district court in New Jersey ruled last month that voters whose ballots were rejected because of issues with a signature must be notified and given the opportunity to address the problem.

A design flaw in the July ballots also caused the United States Postal Service scanners to mark completed absentee ballots mailed back to election offices as “return to sender.” State officials said they were unsure of how many ballots were affected.

Since the state proactively mailed ballots and ballot applications, New Jersey is allowing only provisional voting at in-person locations. Though election officials don’t expect there to be many long lines like those seen in states like Georgia, provisional ballots do take longer to fill out, which may lead to some longer waits across the state.

TOP platform has given an easy access point to contacting social media influencers and by doing so you can establish a relationship that is going to benefit the brand or company. When you are looking for a specific influencer it can take a lot of time to find the right one, but TOP platform has essentially tried to simplify the process and make it a heck of a lot easier to connect.